Bernice had a big job this weekend and there no one I’d trust more….

Myself and my good friend Declan had long ago signed up the for London to Windsor bike ride (38 miles – medium distance!). For me this was supposed to lead to a lengthy programme of increasingly longer rides, significant weight loss, a lean angular frame and general awesomeness.

Needless to say (and like all similar previous projects) virtually none of this happened. I did start cycling to work (8 miles along the genuinely lovely Q1 Greenwich to Waterloo route) a couple of times a week and did a couple of training rides with Declan, most memorably Greenwich to Erith taking in a splendid sludge burner along the way.

Around rolls the 4th Sept and I look exactly the same, maybe fractionally fitter, maybe not. We load up Bernice using our chunky but effective Thule bike rack and off we head to the start line at Richmond Green. 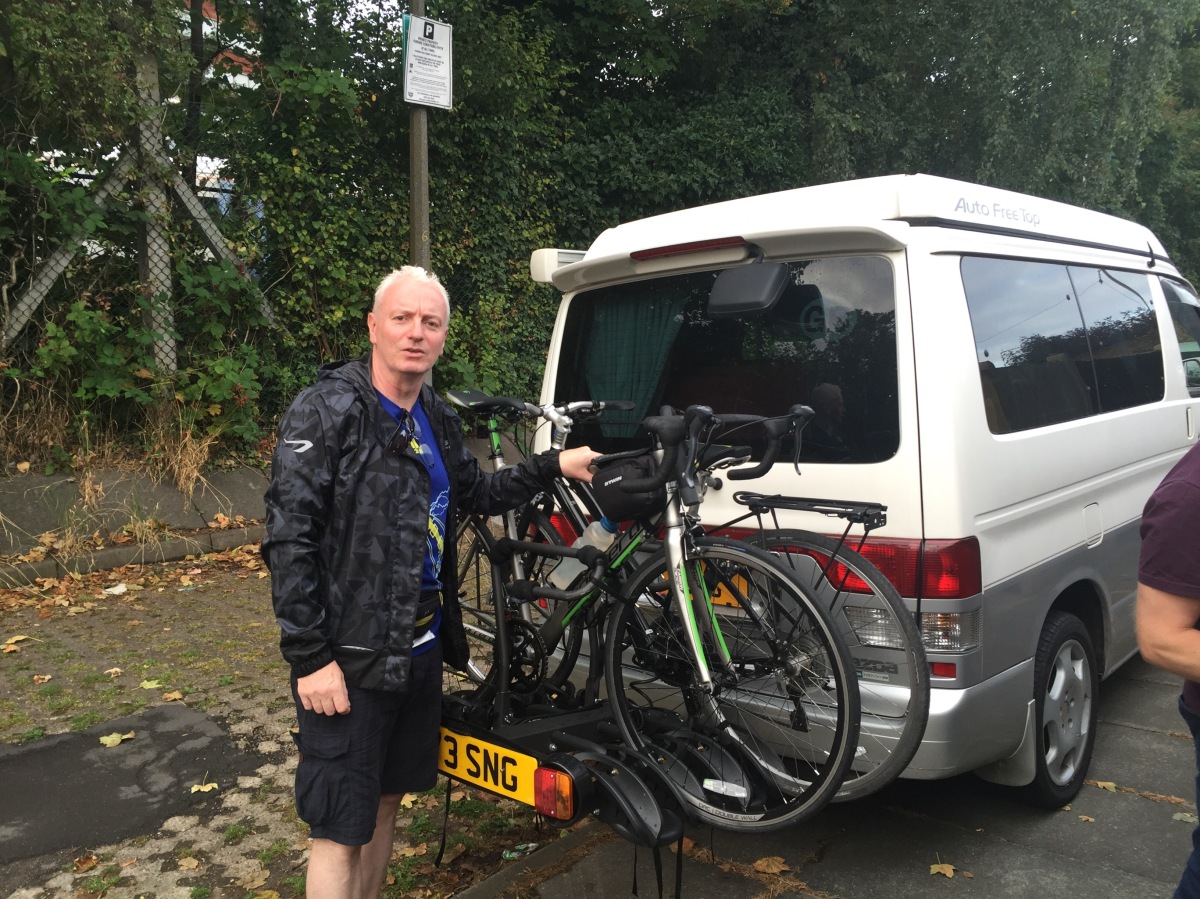 It’s fair to say I’m the most “casually” dressed person there in shorts and a tshirt. It’s a sea of Lycra and, barring a couple on a rickety tandem, everyone’s bike is worth more than Bernice and the weight of a 5p. It’s too late to change anything now so we head off through the inflatable start line and off to Windsor.

Things start well when I get overtaken by what appears to be an eight year old. Declan is an ultra runner who does half marathons before breakfast and is doing a PhD in psychotherapy so he chats away about lighthearted topics such as free association narrative interviewing and death while I focus on not expiring.

Despite all my dire predictions to the contrary the miles tick by and it’s actually all very pleasant and not the hellish endurance test I thought it might be. The ride takes in lovely Surrey villages such as Lyne and Virginia Water, we are accompanied at all times by “Janice”, the nasal American Map my Ride app lady who keeps us appraised of our progress (or lack of).

One Bongo spot right near the end, a white N reg with an AFT just leaving Datchett. This caused me to shout “Bongoooooooo” and wobble precariously while waving. As I was on a bike and not in Bernice I’m sure they were pretty baffled.

We missed the turn for the finish and ended up in a car park full of cyclists going “Is this it? Is this the end?”. The smell of burgers puts us right though and we cross the actual finish line to the cheers of at least 14 people including our very own support crew Scott and SC. I attribute my success entirely to stopping every five miles for half an M&S Belgian chocolate topped flapjack, just as they do in the Tour de France I believe. 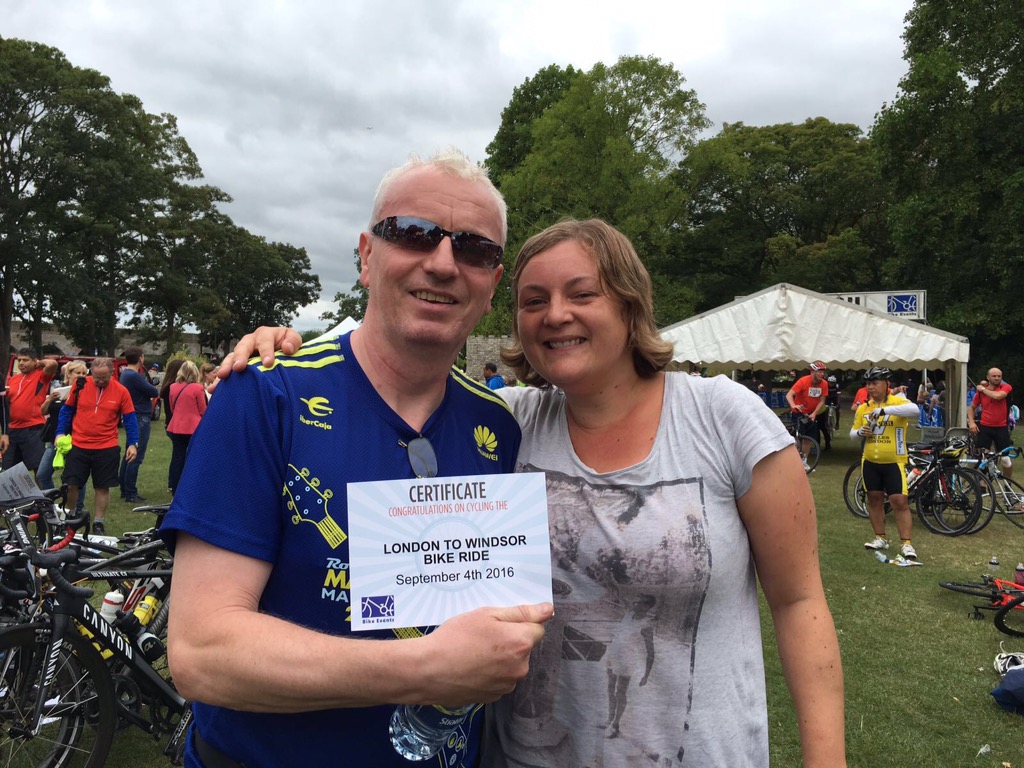 Back to Bernice for the nerve-shredding schlep that driving from south west London to south east London entails and we were home (eventually) for a celebratory pizza.

One thought on “London to Windsor cycle ride”