After a lovely few days in Stuttgart we’ve arrived in the Black Forest!

As you know, we didn’t bring Bernice (I’m sorry). We’re at Herbolzheim Campingplatz in a Eurocamp mobile home that I have named Esther….

We’ve never done Eurocamp before and it’s a bit odd. When the website said the campsite was small I assumed it didn’t have many pitches, not that you would only be six foot from your neighbour. They seem nice, which is lucky.

The provisions are a bit strange as well. There’s enough saucepans to cook a five course meal, eighteen egg cups but no tea towel. 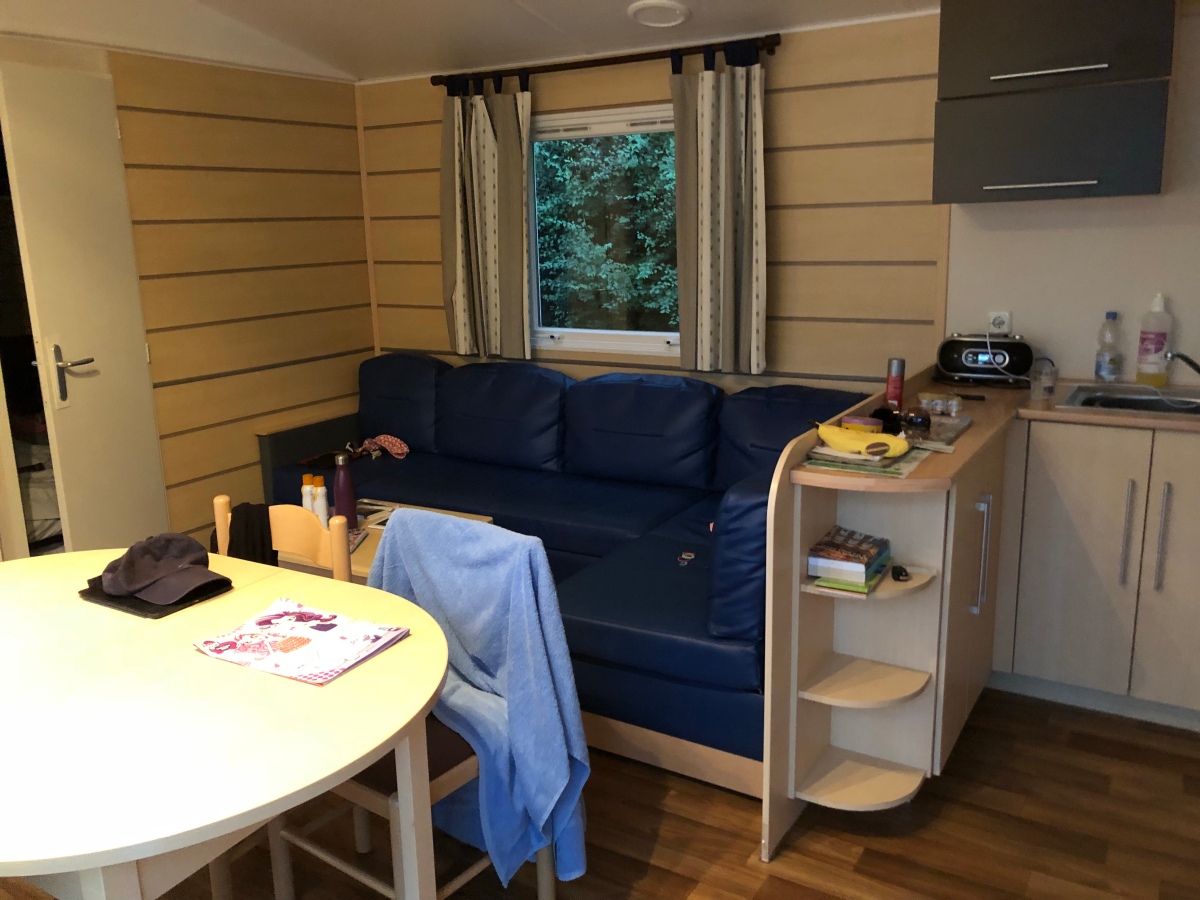 I can’t fault Robin, the Eurocamp rep, who is cheeriness itself. I feel disloyal to Bernice but it is fun to have a fridge and a freezer (hellooo mini Magnums!) not to mention a shower, like, right there!!

The campsite is next door to the municipal swimming pool, you can get a 7-day family pass for €30. It’s absolutely amazing with four pools, three diving boards, a big slide and cafe. It’s also absolutely Baltic freezing. I think I went in for about seven minutes.

I can’t show you a picture at the moment. Just as we were getting out today a monumental storm blew up out of nowhere causing a giant dust cloud to bowl in from the forest. It was a pretty amazing sight but the massive umbrellas were going mad in the wind so we hastened back to Esther rather than get decapitated for the sake of blogging.

Herbolzheim is a lovely spot, it’s about 20 min walk into town where we sought out a giant pizza and refreshments. After being on a strict diet for four months the food in Germany is fabulous, I’ve eaten my body weight in bread, sausages and beer!

More on the Black Forest and catch up on Stuttgart to follow.